For this week’s mini-reviews, I introduce two books with stories where everything in front of us may not be what they seem, peeling at veneers set and in need of cracking. Lexie Elliot’s tale, The French Girl’s tagline: We all have our secrets, illustrates how far some will go to protect them. It debuts February 20, 2018. Also, Shirley Jackson, mistress of subtle terror, presents a question throughout its various short stories: “Is The Veneer Worth My Madness?” 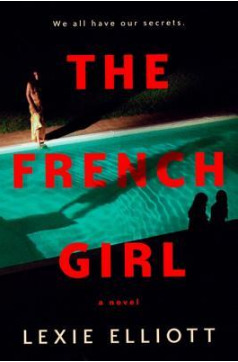 Lexie Elliot’s The French Girl describes a moment in the life of six thirty-something Londoners from the twenties threatening to overhaul their present lives. A body’s discovered. Secrets unravel. Friendships overturn. Twists and turns peak.

1. Set in London. I love stories set in or around the city.

2. Unlikable characters. With the exception of Lara, everyone’s worthy of a side eye. Do not trust them.

3. Despite their unlikability, each character presents their own personalities. You can differentiate them without issue.

5. Kate and Lara’s friendship’s genuine and I enjoyed their moments together. No overstating cattiness involved.

6. Tom and Kate. Spoiler… Tom’s uncomfortable with losing their friendship when Kate kisses him. He enjoys their friendship. By the time, they get together, it’s at the end. Quite refreshing in the days of forced love interests.

1. Slow and confusing beginning. At the story’s start, one may get confused by whose perspective the story follows. In addition, it’s slow enough to initiate some readers to not finish. While an okay story, it take to long to find its footing.

2. Some work drama slows the story’s pace even further. You can skip paragraphs without missing the gist.

3. I didn’t care for Kate’s description of her lawyer, which borders on some weird racial bias. There were better ways to describe her. Elliott needed an editor.

While not the greatest story ever told, The French Girl’s worth a read.

*Thanks to Penguin First Reads for the opportunity* 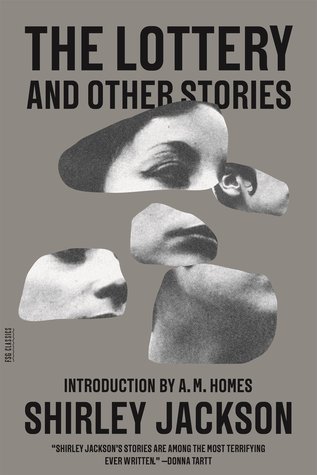 Shirley Jackson, writer of the amazing story, The Lottery, showcases various short stories describing suburban, urbane, and rural chaos, emotional and physical, with the main theme of “Is The Veneer Worth My Madness?” She writes on the masks worn by women, housewife and “career girl” and the subtle agonies endured.

The collection’s winner, obviously, belongs to The Lottery. However, there are a few that grab its reader, subtly. “Charles” speaks on a child’s bludgeoning sociopathy. “After You My Dear Alphonse” speaks on a mother’s racist assumptions on a black child as he’s a guest in her home. “The Daemon Lover” highlights <spoiler>a woman’s search. “Got a Letter From Jimmy” still makes me wonder at it’s ending. Is it metaphorical or murderous?

One word of advice: There’s a character tying in all the stories. Find him. Is he El Diablo?

Unfortunately, these stories cannot make me rate this book higher than a 3.5 because there are more average stories surrounding these great tales than not. Yet, I do recommend getting hold of those aforementioned stories, especially The Lottery, if one wishes to study Ms. Jackson’s subtle approach to terror and chills.