Wow! I do not see writing tags often. When Kat Impossible from Life and Other Disasters posted this one, I couldn’t help but giggle. She welcomed fellow writers to join, and since I’m recuperating from dental surgery and figuring how to blog this week, why not participate?

Greenley appears to live a stable and secure life; however, with the arrival of her “creature maker”, the perfect veneer she’s applied for years threatens to chip like fine porcelain. (My story’s titled Porcelain)

It’s Halloween night! What is your protagonist dressed up as?

Ophelia, from Hamlet. Greenley, like Ophelia, battles contradictory poles: normalcy with her family and beloved best friend and a destructive obsession with a certain doctor, who’s dishes nothing but pain towards her until she finds herself drowning by this push and pull. She’d use her own hair color (dark auburn), instead of the blonde since she’s biracial. 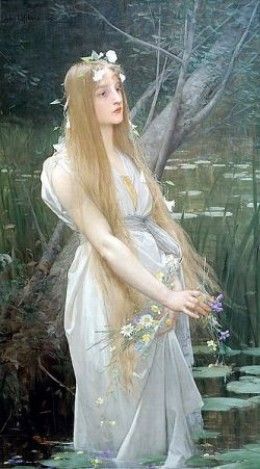 Who in your cast refuses to dress up and shows up at the Halloween party without a costume?

Which character wears the most outrageous costume, and what would it be?

On Halloween, werewolves, vampires, and zombies are on the prowl. Which of your characters gets caught in their clutches, and which creature do they subsequently turn into?

I’d say Greenley would catch a werewolf for the thrill of doing so, but she’d certainly turn into a vampire for the chance at immortality and changing her life’s narrative since most humans she knows would die from age.

Who wins the contest for best costume?

Much to her mother’s chagrin, Maya would win for giving her mother’s friends a laugh. Of course, they’re drunk when they awarded her best costume.

Who hands out toothbrushes to the trick and treaters?

Hmmm … I want to say that I can’t imagine anyone doing that, but then I thought maybe Findlay would. Not so much as a healthy precaution for the trick and treaters, but rather to get their house a bad reputation and keep unwanted guests from ringing the doorbell. That seems like something he would try to achieve, just because he hates unannounced guests.

Which two of your characters decide to pair up and do an angel/devil costume together?

Greenley and her best friend/lover/It’s complicated, Daisy. The former’s serving as the devil and the former’s as the qualified angel.

Who hands out toothbrushes to the trick and treaters?

Someone is too scared to even attend the Halloween party. Who is it?

I cannot answer this question because I do not have a character who wouldn’t attend.

Who overdoses on Halloween candy and ends up sick?

Maya. She’s sixteen. She’s expected to overdo the candy, especially for more attention from her mother, which she feels focuses all of her time on her sister.

Which character is most likely to place a curse/hex on someone and who would they curse?

Daisy. She’s a New Age Wiccan. She knows some ways to rid evil…for the benefit of good. She’d hex Dr. Jensen for the pain he inflicts on Greenley.

I tag any writer, or those considering writing as a hobby/career, for this cute post.