I survived one of the most terrifying situations in a parent’s life today. I survived a kid’s birthday party!

I am okay. I live to see another day. Now the only thing I have to worry about is whether or not I’ll survive my dreams. You can normally avoid scary summer camps or slumber parties with a lurking madman. However, you need to sleep to function. Freddy Krueger single-handedly made sure that coffee stocks remained high in 1984.

Thankfully, I was able to catch and DVR this film so that I can watch it today to review. Nowadays, a lot of crappy horror films are aired during the month of Halloween for some odd reason, which leaves quality movies ignored (I’m looking at you, AMC FearFest! Shame on you!). The SyFy Channel has not let me down this month as they’ve played some good movies, including this one, albeit late at night.

How original was it to create a boogeyman that doesn’t lurk in the dark, but is one that lurks in your dream without any escape, unless you happen to be the final girl (or, final guy, but we don’t talk about that sequel). As a viewer, you aren’t ever sure of what’s real and what’s imagined. Is it a dream or is it a reality? One thing is for sure in this film. If you die in your dreams, you die for real.

We’re introduced to Nancy and her three friends, Tina, Glen (Johnny Depp before the fame), and Nick. They are a typical group of teens (although Nick is a bit too violent or creepy to befriend actually). However, Tina has these nightmares that are growing more fearsome each night . She tells her friends of the dreams and the terrifying guy playing a prominent role in them. Yet, her friends are aware of the guy, but cannot understand why they’re having similar dreams. Eventually, they find out and their fates are sealed.

More so, the movie plays on our fear of non-control. If you sleep, you cannot control necessarily the outcome. However, you can control some of it by not falling asleep either by drinking insane amounts of coffee or taking pills to stay awake (Neither of which work!). As a viewer, you see the kids fall into the knifed claws of Freddy Kruger – a madman, despite the comedic ways of presentation in later sequels, is freaking scary in the original. He stands out to avoid any confusion among slashers. Dressed in his iconic fedora, red and green sweater, and glove made of knives with a badly burned face, you never forget who he is. Move over, Michael Myers and Jason Voorhies, Freddy is the one that ultimately scares me. I need my sleep.

As for my viewing today, I am reminded of how scarily original this film is. Of course, when your director is Wes Craven (Last House on the Left, Scream), any expectations of lesser work is uncivilized. As a child, I watched this film. I had no business doing so. But, I did. Let me tell you! A child plus an active imagination is not a good combination. It’s kind of sad when the same can be said twenty-nine years later, though. If it’s as scary as it was then, Craven made his mark. So, it’s still worth a watch and belongs in the top ten of modern horror films (1980s and beyond).

Lastly, one explored theme that, now as an adult, I can appreciate is the concept of the American suburb. Some Americans believed that to protect their families, they had to leave urban surroundings. However, considering that so much crap occurs in suburbs across the country, what are they running from or running towards? They are boogeymen (and women, to be equitable) everywhere, and this one creeps into your teenager’s bedroom each night unbeknownst to you. Sometimes, a tree-lined street with white picket fences isn’t the safest spot to raise your children. Hence, I liked how Craven deconstructed the notion of familial safety only provided in the suburbs. Once again, horror films illustrate complexity in its subject matters. 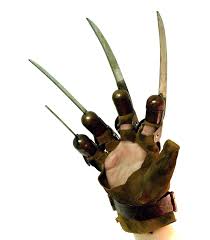 (Apparently, there’s only one 10 out of 10 film in this challenge so far. It’s “The Exorcist”. I expected this and I’m proud.)

Fun Facts About “A Nightmare on Elm Street”: