Happy Friday, Everyone! Another week’s passed. More books conquered. Hungry bibliophiles seek books to feed their ravings. Traveling to Philadelphia did not stop my addiction.

In this valuable and revealing anthology, cultural critic and bestselling author Roxane Gay collects original and previously published pieces that address what it means to live in a world where women have to measure the harassment, violence, and aggression they face, and where they are “routinely second-guessed, blown off, discredited, denigrated, besmirched, belittled, patronized, mocked, shamed, gaslit, insulted, bullied” for speaking out. Contributions include essays from established and up-and-coming writers, performers, and critics, including actors Ally Sheedy and Gabrielle Union and writers Amy Jo Burns, Lyz Lenz, Claire Schwartz, and Bob Shacochis. Covering a wide range of topics and experiences, from an exploration of the rape epidemic embedded in the refugee crisis to first-person accounts of child molestation, this collection is often deeply personal and is always unflinchingly honest. Like Rebecca Solnit’s Men Explain Things to Me, Not That Bad will resonate with every reader, saying “something in totality that we cannot say alone.”

Searing and heartbreakingly candid, this provocative collection both reflects the world we live in and offers a call to arms insisting that “not that bad” must no longer be good enough.

As I read this tale, my story hurts continuously. Please read or listen to this one. 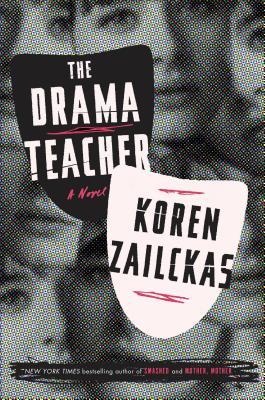 Gracie Mueller is a proud mother of two and devoted wife, living with her husband Randy in upstate New York, her life complicated by the usual stressors and tedium—young children, marriage, money—and she’s settled down comfortably enough. But Gracie, underneath all that’s marked her life as average, has a lot to hide about where she’s from, who she is, and who she’s been. And when Randy’s failing career as a real estate agent makes finances tight, their home goes into foreclosure, and Gracie feels she has no choice but to return to the creatively illegal and high-stakes lifestyle of her past in order to keep all that she’s worked so hard to have.

Gracie learned from her manipulatively charming father how to steal identities in order to survive, and she eases back into her routine of lying and cheating with a wicked skillset and gritty resolve. Things begin to slip out of her control, though, when her web of deceit lands her a job as a private school drama teacher–a role that demands emotional honesty–and soon more questions about the truth of her past are raised, including all the ones she never meant to, or even knew to, ask.

Written with the style, energy, and penetrating insight that made her memoir Smashed a bestselling phenomenon, Koren Zailckas’s next novel confirms her growing reputation as a psychological novelist that can stand up to the best of them.

Do not trust Gracie at all. While you cannot help but yearn for more drama, so far, what’s real and what’s not lies on shaky ground.